The Great American Total Solar Eclipse of 2017
Speaker: Fred Espenak (Scientist Emeritus, NASA’s GSFC)
Monday November 21st from 6:30-7:30 pm at the Corvallis Waldorf School gym
Tickets $10 for adults, free for Corvallis Waldorf middle school and high school student graduates.
A discounted rate for outside school groups at $5 per student.
RSVP through the office at 541-758-4674
Limited seating, so don’t delay to get your tickets soon.
Carpooling is encouraged due to limited parking
Hosted by the Parent Enrichment Committee of the Parent Council
Abstract:
On August 21, 2017, a total eclipse of the Sun will be visible from the contiguous United States for the first time since 1979. The track of the Moon’s shadow cuts diagonally across the nation from Oregon to South Carolina. Inside the 68-mile-wide path of totality, the Moon will completely cover the Sun as the landscape is plunged into an eerie twilight, and the Sun’s glorious corona is revealed for over 2 minutes.
Espenak will present a detailed preview of this exciting event with maps, photos and weather prospects along the eclipse path. He will also share some some of his eclipse experiences with us through photos and video. Find out what it’s like to stand in the Moon’s shadow and get ready for 2017.
————————————————————————
About the Speaker:
Fred Espenak is a retired NASA astrophysicist from NASA’s Goddard Space Flight Center where he worked with infrared spectrometers to probe the atmospheres of the planets. He is also known as “Mr. Eclipse” because of his work on predicting and observing solar eclipses. He has written over a dozen books on eclipses including his most recent “Eclipse Bulletin: Total Solar Eclipse of 2017 August 21.” Espenak also runs 3 web sites on eclipse prediction (www.EclipseWise.com), eclipse photography (www.MrEclipse.com) and astrophotography (www.AstroPixels.com). Over the past 45 years he has witnessed 26 total eclipses of the Sun. In 2003, the International Astronomical Union honored Espenak by naming asteroid 14120 after him. Espenak now lives in Portal, Arizona where he operates Bifrost Astronomical Observatory. 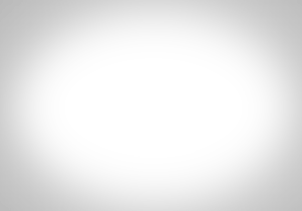 All Corvallis Waldorf School’s classes are cancelled from March 16th through March 31st due to COVID-19 public health concerns.